Matassa made her Ryman Auditorium debut last week as she entertained fans with the Cash classic, "Home Of The Blues," during the Cash Family's celebration of the U.S. Postal Service's limited-edition Johnny Cash Forever stamp.  John Carter Cash was pleased with Matassa's performance, noting, "Lisa’s performance to honor my father, Johnny Cash, was amazing!  This was the first time I met her, and from a quick rehearsal to hitting the stage of the Ryman she had us all listening intently from the first note.”  Lisa shared the stage with Cash, Carlene Carter, Jamey Johnson, her "tweet buddies" The Oak Ridge Boys and others for a once-in-a-lifetime performance.  "It was an emotional moment walking onto the Ryman stage for the first time and definitely a day I will never forget," Matassa states.

It was a memorable day for industry insider and Country Radio Hall of Famer Ed Salamon as well.  He observed, "A lot of folks in the audience may not have known Lisa Matassa when she took the stage this morning, but everybody was talking about her after she sang.  What a great performance!  Glad I was there to see it." 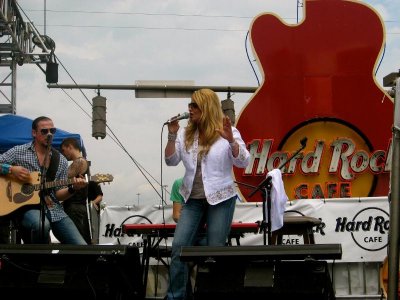 for Sirius XM's The Highway Special Event for "On the Horizon" artists.

There were many notable moments for the Queen of Long Island Country as she navigated her way through her first CMA Music Festival.  Lisa drew a huge crowd - literally - to the Nashville Convention and Visitors Bureau Stage during her show-stopping performance of Dolly Parton's classic, "I Will Always Love You."  The feat was repeated the following day when fans gathered in droves at the CHEVROLET Roadhouse Acoustic Stage where many sang the iconic tune right along with the vocal dynamo.

Her performance at the 650 AM WSM/DURANGO Stage in front of yet another huge crowd and broadcast live on the national radio show and on the station's website also landed Lisa a host of new fans.
The songstress returned to The Ryman for CMchat TWANGOUT Live from the Ryman with Country Now.The interview and interactive fan dialog featured  social media expert Jessica Northey and was
covered live on Google+ and Country Now, YouTube’s Country
music and lifestyle channel. 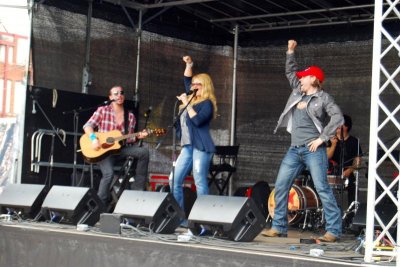 Throughout the week Lisa engaged in television, radio and print interviews for outlets both here and abroad.  "My first CMA Fest was a fantastic experience," she notes.  "And great to meet so many amazing people from all over the world."

Lisa already knows quite a few amazing people.  Her social media numbers are impressive with over 605,000 Twitter followers and nearly 200,000 Facebook fans.  Her "Somebody's Baby" video has logged over FOUR MILLION YouTube views, and the single has gone Top 40 on both the Billboard Indicator and Music Row charts.  It is the first single from Lisa's enhanced EP of the same name. 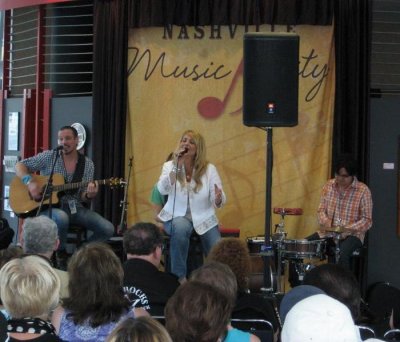